How can we help you? We’ve provided reliable solution to challenging problems for over 25 clients from industry, research labs, and academia. See the Categories links for descriptions of projects we’ve worked on and available training materials.  Contact us at info@reliasolve.com if you’re interested in seeing what ReliaSolve can do for you. 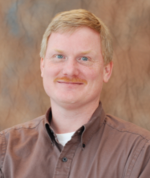 Info: ReliaSolve is a North Carolina LLC founded in 2014 by Russell and Michelle Taylor to provide technology consulting, development, and project management services.

Entrepreneur: Russ was co-founder and Chairman of the Board for nanoManipulator Incorporated, which received an R&D top 100 award for its haptic and 3D graphics interface for scanned-probe microscopes (2000-2013). He also co-founded (VP of Systems) Megawatt Solar, which received $20M in venture capital funding, 2007-2009 and Redbud Labs (2010-, VP of Technology Systems).

Researcher: Russ gained over twenty years of experience developing Virtual-Reality, Real-Time, Interactive 3D Graphics, and Microscopy Control and Analysis systems as a Research Professor of Computer Science, Physics & Astronomy, and Applied Physical Sciences at UNC Chapel Hill.  During that time, he managed projects with $10.2M in contract and grant funding as PI (out of $42.5M total as PI or Co-PI).  He has published over 120 manuscripts, holds seven patents, and has developed over a dozen open-source tools, the most notable of which is the Virtual-Reality Peripheral Network (VRPN): an open-source library used in research and commercial products around the world.  Total downloads for the open-source tools exceeded 100,000 in 2013.

Honors: Russ was named the 2014 UNC Inventor of the Year.  He was a White House/Smithsonian Millennium Celebration Panelist in 2000.